The Vicar-General of the Diocese of Waikato and Taranaki, the Venerable Trevor Harrison has agreed to step into the senior leadership role in the Taranaki Cathedral parish until a new Dean is appointed at the cathedral.

Archdeacon Harrison who is currently working in South Taranaki across five parishes will commence his cathedral responsibilities on 1 June 2018. 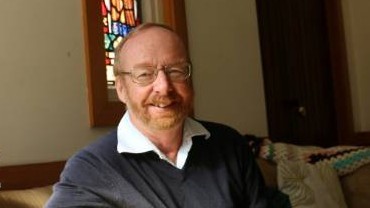 He is the second most senior ordained person in the Diocese after the Bishop of Taranaki, Philip Richardson. As Vicar-General of the Diocese, Archdeacon Harrison deputises for the Bishop when the Bishop is out of the country

Arrangements have been put in place in the five parishes of the South Taranaki Region that Archdeacon Harrison leads, to allow him to accept responsibility for the cathedral on a full-time basis.

His appointment follows the stepping down of the Very Reverend Ross Falconer from the position of Dean of Taranaki Cathedral.

Married to Philippa, who is a member of the General Synod Te Hinota Whanui of the Anglican Church of Aotearoa, New Zealand and Polynesia, Archdeacon Harrison has been Archdeacon of Waitotara for seven years and for the past two years has also been Archdeacon of the northern Taranaki Archdeaconry of Parininihi. He has served on the Diocesan Standing Committee for a number of years.

Prior to coming back to South Taranaki, where he had previously served as Vicar of Patea, he was for 14 years Vicar of St Augustine’s Parish in Napier and before that spent eight years as the Vicar of West Karori in the Diocese of Wellington, where he also served as a Canon of St Paul’s Cathedral.

The Reverend Canon Sue Pickering has accepted the Bishop’s invitation to provide additional ministry support in the cathedral parish until a new dean is appointed. She will also formally re-join the ministry team from 1 June.