The good works of June and Simon Moseley and John Pickering (and 8 other locals) were recognised at the awards and reported in the Taranaki Daily News.

“John, Simon and June are inspiring examples of Anglican’s living their faith.  They have been quietly going about their good work for many, many years and while their commitment to the service of others is well understood and appreciated throughout our parish, it’s wonderful to see them recognised by the wider community,” Dean Jacqui said.

“Although I know it will cause all three to blush, here is what the award organisers had to say about them.”

June and Simon embody caring and compassion for the Taranaki community. They fostered children through the Open Home Foundation for more than 10 years from 1991-2002, caring for about 50 youngsters ranging in age from 5 to 17 years old.

Sometimes it was a weekend of “respite care”, sometimes several months, or a year, and in the case of two young people, a long-term family arrangement. Many of the youngsters come from complex and troubled backgrounds.

The couple are humble and say it was a case of “doing the best you can.”

They have a strong Christian faith and have been members of the Taranaki Cathedral Church of Mary since emigrating from the UK in 1989. Simon has been a member of the Vestry for 10 years.

June is a stalwart of the Taranaki Welsh Community, helping promote the culture of her homeland including its language. She has helped organise the Cymanfa Ganu (Welsh Hymn Singing Festival) and helps organise the Welsh community’s presence at the New Plymouth Multi Ethnic Extravaganza.

As well as foster parenting, June taught special needs students for many years at Spotswood College. She has volunteered for A Companion for Seasons, the grief programme run in Taranaki through the Bishop’s Action Foundation, helping primary aged children to deal with grief or loss.

A key part of the region’s heritage has been preserved for future generations thanks to John Pickering.

John has been the driving force behind the project to revitalise the graveyard at the Taranaki Cathedral Church of St Mary by restoring the gravestones and revamping their surroundings.

John and his fellow parishioner Howard Vosper put in hundreds of hours’ work repairing broken, unreadable, crumbling and vandalised headstones. John also liaised with the War Graves Commission to ensure the graves for which they are responsible were also well maintained.

The project uncovered many fascinating stories about the people who lived and died in the district and John put these together in a pamphlet for visitors to the graveyard. John likes nothing better than to share these stories with visitors.

John has also been a keen member of the Taranaki Cricket Association and the Pukeiti Rhododendron Trust. He was also a member of the Tainui Home Trust Board for many years. 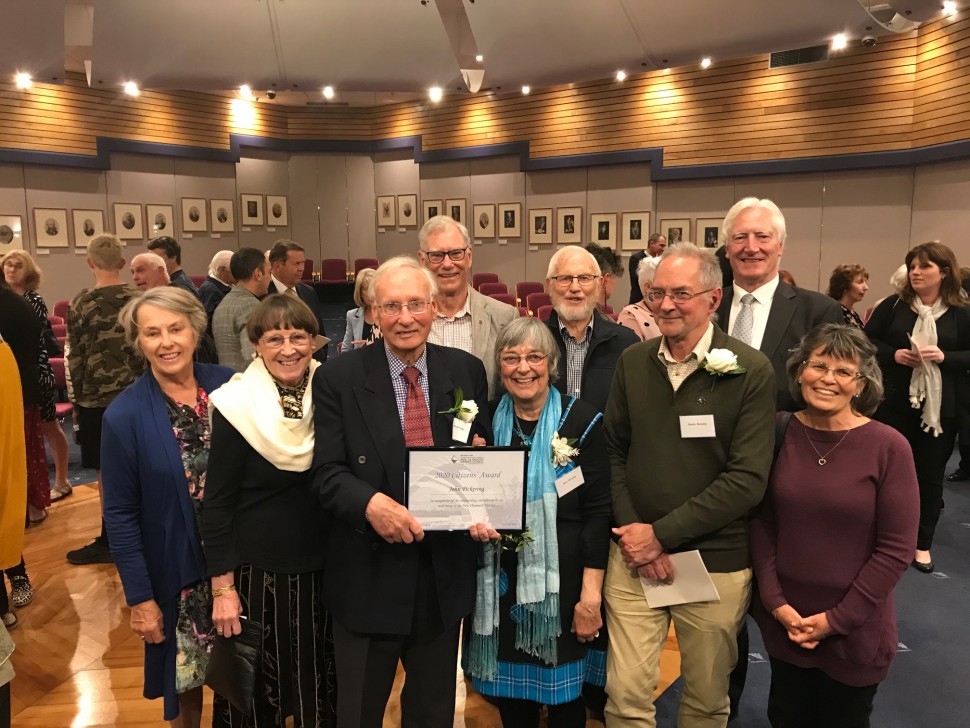