In their time, John and Jesus stand out because they’re not easily understood by the establishment; and this worries the ones in power.

Modern day social commentator [Banksy] wryly reassures anyone who stands out: “You are an acceptable level of threat. If you were not, you would know about it.” 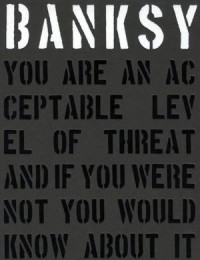 In the gospel reading today, when asked by the puzzled authorities if he is Elijah or perhaps even the Messiah, John the Baptist replies firmly that he is not.

Versions of this encounter between John and established power, appear in all four gospels, and in each version John is found trying to emphasise the huge difference between himself and another: whose sandal, he’s unworthy to untie.

Despite their differences however, there are some strong similarities between John and Jesus - not least being the unacceptable level of threat they will eventually come represent; and as a result, orders will eventually be made, to have them both eliminated.

John and Jesus are cousins, John being slightly older; and relating particularly to what I want to say today: they are both mystics. We know this from the gospel stories about their mystical practices, which included spending long periods on their own, in the wilderness.

It seems likely John may be referring to this when he answers the questions of those sent to check up on him, with a quote from the Hebrew mystic and prophet Isaiah: “I am the voice of one crying out in the wilderness”

Following John and Jesus, these mystical traditions have been taken up by Jesus’ followers all over the world and mysticism has always had a presence in Western churches, where it is practiced in a faithful attempt to be open to what the Spirit is saying.

Last month I joined Sunday worship with some of New Plymouth’s Quakers.

Theirs is different in comparison with our usual worship, on a Sunday morning; and is silent with worshippers sitting for about an hour, waiting until the Spirit moves someone to speak.

I didn’t come away from their worship thinking we ought to abandon what we do here on a Sunday; but it was a remarkable experience to sit with them in silence, waiting for the Spirit’s prompting.

Meditative prayer does not always take this particular form; and may, for example involve the repetition of sacred words; but for some years now my preference has been to sit alone in a kneeling position and be silent.

I’ve found this practice to be exceptionally challenging, especially to a busy Western mind.

It wasn’t until I stayed at the Quaker Settlement in Whanganui some years ago that I discovered how much it helps quietness of mind, to be sitting with others: truly, when two or more of us gather there is the Spirit also.

I began praying in this way in 2005, not long after my mother began to be overtaken by dementia. The slow and awful certainty of that disease was frightening for both of us; and soon I began to feel myself slipping towards an anxious sort of despair. In some desperation I turned to a friend who recommended I learn to ‘sit’.

I was surprised, to discover that it was [and still is] the most difficult thing I have ever tried to do.

To start with, there was the physical challenge of remaining still, while sitting cross-legged. Far from achieving a quiet mind, sitting this way was almost impossible for my rather un-supple frame.

Fortunately, I heard that Dunedin’s Bishop Kelvin Wright had made a simple design for a prayer stool; and soon I was following internet instructions which resulted in a rough approximation of what the bishop described. 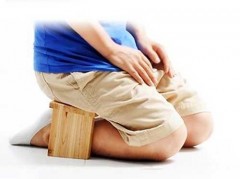 Then, at least I was able, to remain sitting with my back upright and fairly relaxed.

That was 12 years ago; and I am very happy to admit that I was then - and still am - pretty bad at meditation. For example, I sometimes complete half an hour of sitting; and I’ve been free, of busy-ness in my mind for about, mmm - half a minute.

But, though I routinely fail to achieve more than a few seconds of a stilled mind – that woefully poor daily practice became, the main reason I was able to enjoy some unforgettable years at home, with Mum. I didn’t care for her alone. She was helped each day by caregivers who came in to be with her while I was at work.

After 5 years she decided it was time to go into hospital care; which is where she died a few months later. Sometime afterwards I heard a doctor on the radio, talking about how much growth occurs for someone as they approach death. I remember thinking the doctor should have mentioned that this is also true for people who, through their work or in their family, live close to those who are dying.

Without daily meditation the personal and spiritual growth required of me during that time would have been impossible.

This waiting - in silence - no matter how badly done pays handsomely. Put in quite mercenary terms; the daily returns from meditation are extraordinarily generous. For example, when I sit [and there have been many, many days when I have not] but when I do, I am surprised later by tranquillity, revealed when something unexpected occurs which would otherwise have been completely exasperating.

Looking back now across a dozen years, I suspect that - incompetent though my practice may still be – there have been a series of events and experiences which can only be explained by the loving spirit we know is beckoning us all into a new and transformed world. At a time when I was looking ahead so pessimistically; I could never have predicted what miracles lay ahead.

While few people ever approach the level of dedicated spiritual discipline the great figures of our faith have achieved; it is splendid to discover that it really does not depend on us very much at all; and the Spirit still finds us no matter how poor our differing practices of faith may be.

To pursue a mystical practice - especially in the tradition of those like John and Jesus - is something I want to recommend, as a way to move aside all those plans and aspirations distracting us from the path we only need a glimpse of for a few seconds, to know which way we are heading, day by day.

At the same time, we should be in no doubt that God is calling us into a world that’s in almost direct opposition to the structures of power which currently prevail.

Therefore, each Sunday we pray, often now in Te Reo: “Aua hoki matou e kawea ki a whakawaia” [Do not bring us to the time of trial] “Engari whakaorangia matou i te kino” [But deliver us from evil].

*Banksy: “You are an acceptable level of threat. If you were not you would know about it”.