Many parishioners of St Mary's served in one or other of the world wars, and all too many of them were killed.

Special church services during WWI did something to ease the pain of loss. In fact, so inspiring was a 1915 memorial service to the 4000 sailors who had died at the Battle of Jutland that one man said: “Well, anyone who lives in New Plymouth and doesn't attend St Mary's must be a fool.”

Among the casualties of that war was a “beloved” assistant curate at the church, the Revd. A. Richards, who was killed in action.

Soon after the outbreak of the second war, a former St Mary's Sunday school teacher, Gus Ryan, was killed in a flying accident while with the Royal Air Force.

Unusually high numbers of people attended the weekly services of Evensong to share with the Vicar, Archdeacon G. H. Gavin, his prayers for peace. And when the war ended, the archdeacon said: “The eyes of many people have been opened to the fact that the world and civilisation without the spirit of Christ is not a success.”

Below: The World War 1 memorial plaque, on the column separating the chancel from the All Saints' Chapel 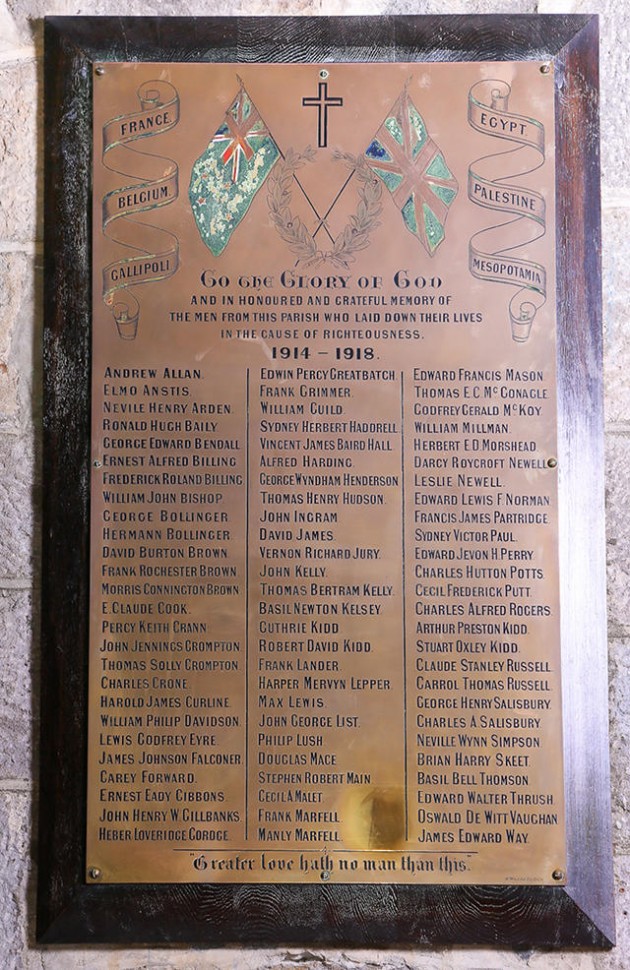 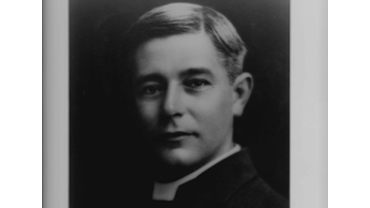