Reflections on my journey to ordination 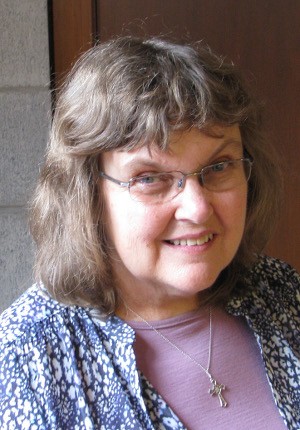 The Cathedral Embroidery Group has spent many hours over recent weeks stitching away on a special project. Betty, Eunice, Kathi, Margaret, Mary and Pam who each have a passion for and expertise in embroidery, have applied fabric and thread to create a beautiful red stole

Stoles are worn by clergy and reflect the colour for the liturgical season. A red stole is the liturgical colour used at ordination. I was one of six people ordained by our Bishops from within the Waikato and Taranaki Diocese on Saturday 28 November in St Peter’s Cathedral, Hamilton. At my ordination, I wore this beautifully handcrafted stole created especially for me by the Embroidery group, reflecting a deep connection to the people I am called to serve.

Stoles tell a story through the symbols and designs on them. This stole depicts the Holy Spirit hovering over the water, both as the world was created, and at our own spiritual birth in baptism. There is symbolism of flame too, depicting the flames of Pentecost when the Holy Spirit gave life in birthing the Church. Hidden within the image is a koru. This New Zealand iconic symbol was chosen because it too speaks of new life; of the faith journey that unfolds for both individuals and for faith communities.

It was intentional that this stole would bear the koru image when we as a cathedral family are challenged by our beloved building being temporarily closed, and are entering a new unfolding phrase on our spiritual journey in an interim worship space.

I was ordained Deacon. Within the Anglican tradition the role of Deacon is one of servanthood: a calling to be a servant within the body of Christ and beyond into the community. The story that gives expression to this, is where Jesus humbled himself, and taking a towel, washed the disciples feet, drying them with the towel (John 13: 1-20). You can see an expression of that as you look at the way deacons wear their stoles, draped across the body and then linked at the side, giving the suggestion of the towel and the ministry of serving.

The calling for me to ministry has been a journey of several years, coming initially from a gentle invitation to sell my home and to be involved with people. From that invitation grew a deep sense of a calling to Pastoral Ministry. A time for formation through the Education for Ministry (EfM), and as a Spiritual Director through the SGM formation programme have been part of the equipping for ministry. I have been involved at St Mary’s as a LLM, visiting parishioners and taking the Reserved Sacrament as Home Communion to those who find it more difficult to attend regular services these days as well as being the volunteer chaplain at Rhapsody Ultimate Lifecare.

The Diocesan discernment for ordination follows a process: application, interviews, a discernment weekend, a formation program offered by the Ministry Educator, and the decision to ordain made by the Bishops. As our cathedral building is being temporarily closed to enable earthquake strengthening, it is with deep joy that I find this is the timing for my ordination. It says something to us as a parish that the Bishops would decide that this is the time to increase the ordained clergy on our team.

It has been a great thrill to experience the love and encouragement from so many as I have spent time over the last month as an ordinand prior to ordination. The encouragement of the prayers and support of parishoners has been extraordinary. To go to Hamilton with so many from our cathedral and the prayer and encouragement of those who were not there has been very moving. To wear a stole and alb created for me by friends at St Mary’s added to the very tangible sense that even though my ordination was taking place in Hamilton, I carried with me the immense love and support of those God has invited me to live out his calling amongst.