Evans arrived in New Zealand from England in 1879, and was ordained priest in 1883. After serving on the North Shore and at Te Aroha he became vicar of St Mary's in 1898, and married his second wife, Miss Louisa Govett, daughter of Archdeacon Govett. 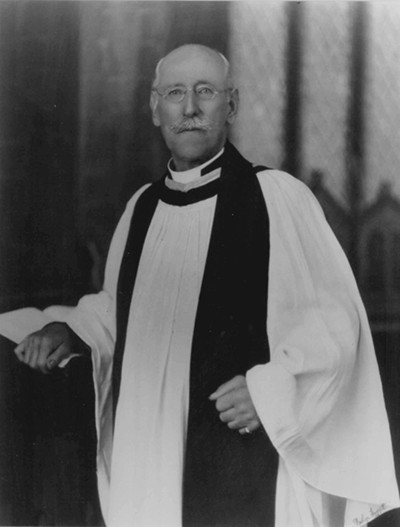 Evans saw the main porch of St Mary's completed. Gas lighting was introduced, the wall along Vivian St was completed, a memorial to F A Carrington (the first surveyor of the New Plymouth Company) was affixed to the west wall, and the pulpit of Mt Somers stone was installed as a memorial to a parishioner, Mr T. Hirst. The organ was repaired, a telephone was installed in the Vicarage – and a horse was given to the parish for rural church work.

Evans served as chaplain of the Taranaki Rifles, and Chaplain-Lieutenant-Colonel of the 11th Taranaki Regiment. He retired as Vicar due to ill health in 1910, saying he had tried to care for the people of the outlying districts while keeping the centre strong, and to make St Mary's worship as congregational as possible.