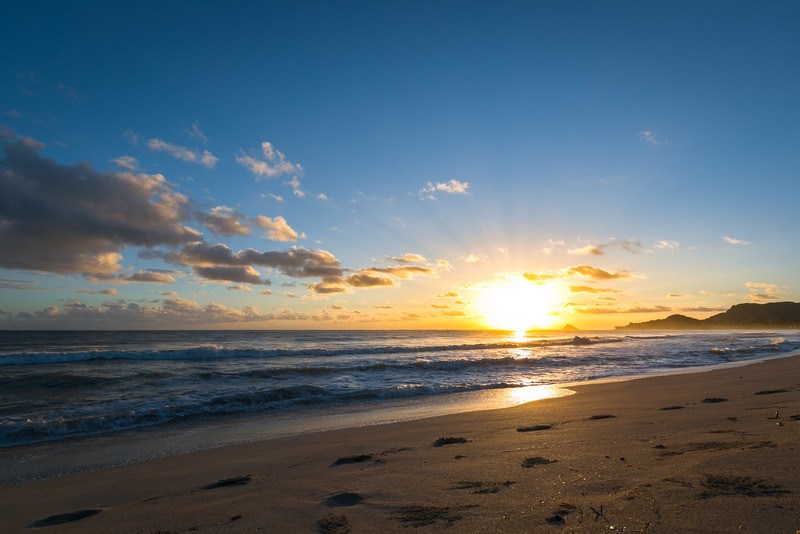 Light is God’s first creation, after he formed the heavens and the earth.  And humankind has been discovering its amazing miracles ever since: Aristotle’s early observations of the “purity” of light; Galileo’s attempts to measure the speed of light;Newton’s experiments in wave lengths and how they produce colours and the invention, in the 1960s of the laser, by which scientists can generate coherent light.

Computers can be tiny, an expert once said, because the pulse, the “light,” that goes through the microprocessor needs an opening only one neutron wide.

Our spiritual light is just as amazing.  Sometimes it needs just a small opening like that to flood our being with joy – just a neutron wide opening for vision.

We need that spiritual light to keep us joyful, purposeful and heading forward in life with some direction; just as we need sunlight for our lives and betterment.

Psychiatrists have discovered that sunlight has mood-altering characteristics, and many people become depressed during the long winter months or a succession of overcast days when there is so much darkness and gloom and so little light.  It is called Seasonal Affective Disorder.  Believe it or not, the acronym for that is SAD.  It is now recognised that winter and cloudy, foggy days can truly trigger severe depression and listlessness.  In darkness a tiny gland at the base of the brain produces and secretes a hormone called melatonin, which depresses both mood and mental agility.  Special artificial lights are used to treat severe cases of SAD.  Or one can treat it by moving to sunnier, warmer climes.

SAD probably existed back in Bible times too, considering how daylight was associated with joy and gladness, and night time with weeping and sadness.  As the Psalmist wrote: “At night we may cry, but when morning comes we will celebrate” (30:5b).

The Hebrews reckoned a day as a unit of time with three component parts: morning, noon, and night.  Morning was the beginning of the light part of the day, starting at sunrise, usually calculated at 6am.  The first hour was therefore 7am and the sixth hour was noon.  In the Gospel accounts of Jesus’ crucifixion, he hung on the cross from the sixth hour until the ninth hour, from noon to 3pm.

Out of morning, noon and night, morning was the favourite, the most productive, the most important, and the happiest time of the day.  Joy comes in the morning.  The Hebrew word for morning literally means the splitting of darkness by daylight.  From it we get our expressions “daybreak” or “the break of day.”  Morning is first mentioned in the creation account of Genesis 1; it began when God separated the light from the darkness, and called it “morning”.  It was, later, the time when God provided manna for Israel in the wilderness.  More importantly, morning was the time of prayer, and worship – a practice we still hold to with Sunday morning Worship.  Morning was a time of rejoicing and was eagerly awaited because it symbolized God’s faithful love, mercy and justice for His people.  As each dawn brings a new day, so the morning reminded Israel of the freshness, reliability, and vastness of God’s care for His people.

In the New Testament the early morning was the time when Jesus prayed; it was also the time when the women arrived at Jesus’ tomb.  Joy really came on that Easter morning.  Jesus is described as the “morning star” a couple of times in the New Testament and also, as “the bright morning star”.  “Morning star” actually refers to the planet Venus, which appears in the eastern sky just before sunrise and the beginning of the new day.  Jesus Christ is the “Venus star,” that first light which marks the dawn of the new age.

Jesus appeared to the disciples fishing on Lake Tiberias, as the sun was rising also, and shared breakfast with them, again being the first light which marks the dawn of the new age.  For his resurrection appearances after his death and burial, marked the new age of sin and death being conquered, and the promise of eternal life for all who believe in Jesus.  Jesus truly is the new light that broke the darkness of sin and death, and its hold on all people.

Our Gospel today reinforces this message, for a vision or spirit would not be likely to point out a shoal of fish to a party of fishermen nor to kindle a charcoal fire on the seashore, and then to cook a meal on it and to share it with the fishermen.

The Risen Lord was not a vision, nor the figment of someone’s excited imagination, nor the appearance of a spirit or a ghost; it was Jesus who had conquered death and came back.

Jesus who conquered death that we might conquer death.  The final death of this life on earth, but also those little deaths we suffer in life; the dark moments of loss and despair and hopelessness; the dark nights of the soul.  Jesus is the light that breaks the night, that brings daylight pouring in and the dawn of a better day at any of those dark moments in our lives.

It just requires of us the affirmation of faith, trust and belief, like Peter was required to give –that we believe in Jesus as the Saviour of this world and us; that we love him; and then that we, like Peter, are prepared to follow him.  His promise is then that he will be with us always, the bright and morning star who will always bring the brightness of a new day into our lives.

“For God said, ‘Let there be light’ and there was light!”