After five years of “living a life of heartbreak and hope”, Dan and Mai Lander have swapped the streets of Kolkata (formerly Calcutta) for a ministry closer to home.

The couple and their two young boys, Bobby (almost 4) and Thom (2), recently returned to New Zealand from India, where they had been living with and helping some of the world’s poorest and oppressed people.

Dan’s parents, John and Angela Lander, attend St Mary’s, and Dan was keen to return to his Anglican roots on the family’s return. The family have become familiar faces at St Mary’s.

Dan spent time in Kolkata during 2007 and he and Mai knew they had to return in 2011 to put their faith in action.

“It was the first time I had experienced heart-breaking poverty and oppression, of people trapped in cycles of abuse. What I encountered were Christians living out their faith on the frontline – how their faith in Jesus practically impacted on the world overall,” Dan says.

While in Kolkata, the couple were involved with Freeset (freesetglobal.com), a fair trade business offering employment to women trapped in Kolkata’s sex trade. The women make quality jute bags and organic cotton t-shirts.

Freeset is located in Sonagacchi, the largest, most infamous sex district in Kolkata. Within a few square miles, more than 10,000 women stand in line selling their bodies to thousands of men who visit daily. Many are trafficked from Bangladesh, Nepal and rural India. For others, poverty has left them without options. The cries of their hungry children drive them to sell their bodies.

“For us, following Christ actually involved making the world a better place. The experience (in Kolkata) was life-giving, inspiring and challenging all at the same time. We worked with the foreigners there creating a community where God can work.”

While in Kolkata, faced with agonising issues and problems, Dan and Mai rediscovered Anglicanism through liturgy.

“We had some really difficult situations, and we had some troubles around learning how to pray. Liturgy in our community is a gateway to prayer.”

The couple’s overseas mission has cemented their calling to work among the marginalised and they are exploring ways in which they can achieve that in New Zealand.

While sad to leave Kolkata behind, Dan and Mai and their boys are enjoying New Plymouth and the St Mary’s community.

“It’s been a bit of fresh air coming back to New Zealand. It’s nice to be able to be with family,” says Mai, who at times found it difficult being a woman living in Kolkata.

“We had an amazing community, but we were a long way away from anything which was quite restrictive. It was also quite hard in Kolkata, particularly with unwanted attention (from men). I couldn’t walk anywhere without being asked where I was from or people wanting to touch the boys.” 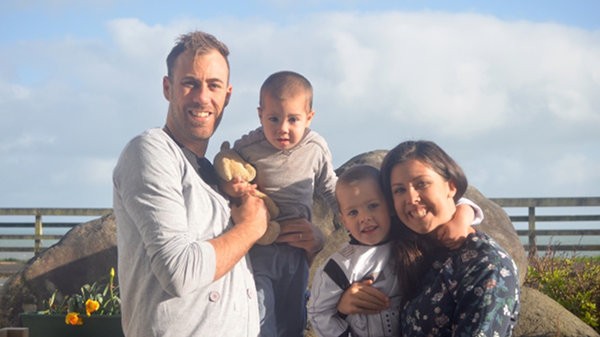