Richard Brown was one of the first settlers in New Plymouth. A fiery Irishman and early merchant, he almost caused the destruction of the town when he struck a Maori with his whip knocking him out. A haka by the victim's supporters followed, and a threat to burn the town if he died was avoided when he recovered and was awarded a horse by magistrate King.

By 1860 Brown was a trustee of the New Plymouth Savings Bank and editor of the Taranaki Herald. He joined the Taranaki Volunteers and was later made captain of the "Native Contingent", raising a friendly Māori force at Waitara to act against the "rebel" Māori.

One of the casualties of the war who was transported by the Tasmanian Maid was esteemed settler, businessman and military man Captain Richard Brown. Capt Brown had been the very first merchant in New Plymouth and for many years carried on extensive trade with European and Maori alike. When the war broke out, he was already a member of the Taranaki Volunteer Rifles and joined the mounted escort, becoming a highly valued member because of his knowledge of the surrounding country and Maori inhabitants.

Capt Brown had been out for an hour's ride from Waitara to Bell Block to relieve the boredom of military camp life when he was ambushed and shot from close range. The first bullet struck his leg and passed through, one hit his powder flask and dropped into his boot and the next took him while stooped on his horse, entering below the ribs. He survived for three months, being tended to at Waitara, before succumbing. His body was taken aboard the Tasmanian Maid with full military honours and transported to New Plymouth. The ship arrived with her flag at half mast and Capt Brown's body was removed from the ship amid a guard of honour of Bluejackets. He was buried at St Mary's churchyard. [1] 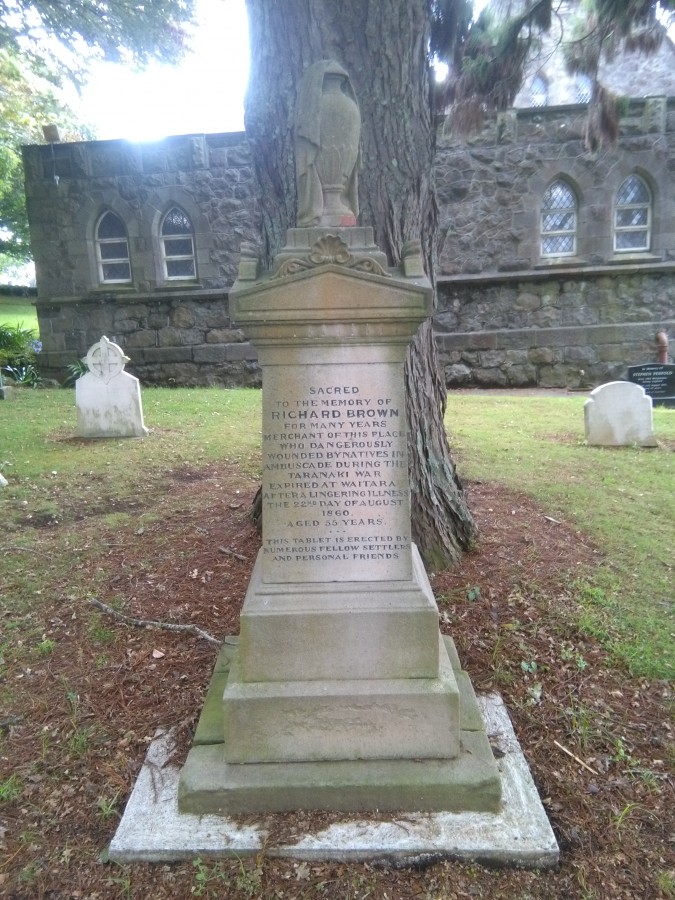 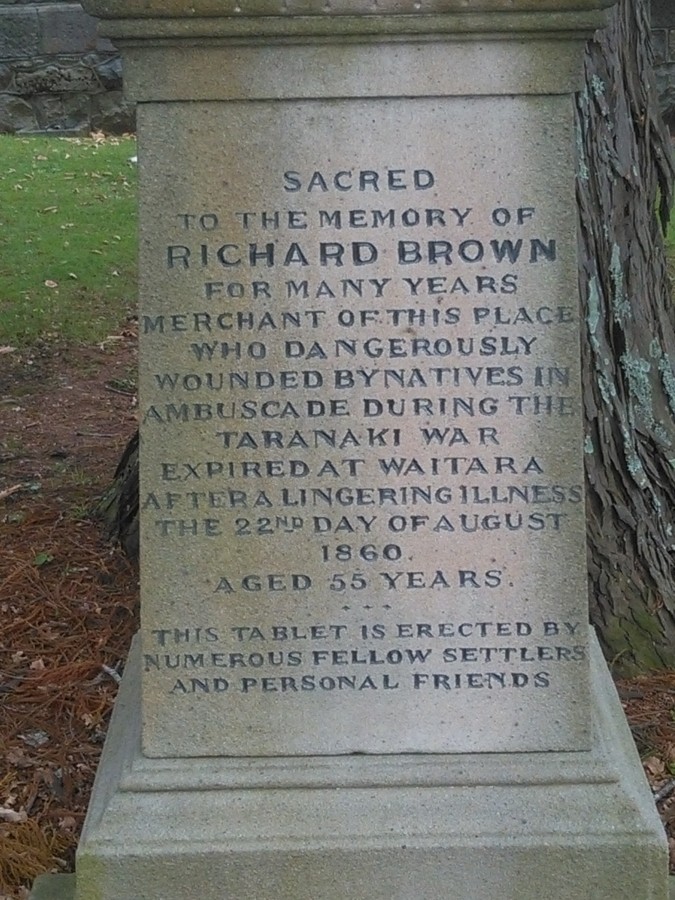