Born in 1788, John Lye was a farmer of Martock, in the English county of Somerset. His wife, the former Grace Rod, came from Portland in Dorset. They married in 1813, and had eleven children, three of whom died under the age of five years. 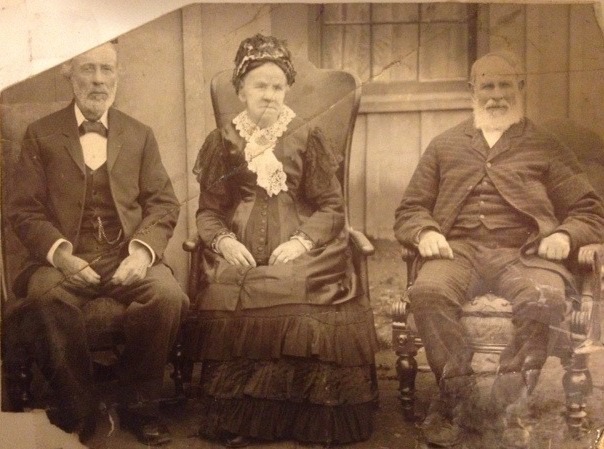 Above: John Lye (right) with two of his older children, William and Mary.

The Lye family were steerage passengers on the voyage to New Zealand of the sailing ship William Bryan, which left from Plymouth Sound in the West Country of England in November 1840.

The family comprised John and Grace and their eight (of 11) surviving offspring – Lucy (with her husband Edmund Sarten and their two sons), Ann, Mary, William, James, Edward, Elizabeth and Agnes.

After a very fortunate voyage, they landed at Ngāmotu beach on March 31, 1841 – and a century later this landing was re-enacted in a play at a commemorative pageant and the opening of Paritutu Centennial Park.

John Lye was entitled to “a grant of a town allotment,” and he was first employed by the New Zealand Company, cutting lines for surveyors.

When he became the first verger/sexton of St Mary's, he was paid 210 pounds per half-year. In later years his work included decorating the church for Christmas and a wedding, cleaning surplices, levelling ground and cleaning stones, making a path, fencing, covering in a well, and mending a bell rope.

His wife Grace was highly regarded in the town, and in one account it is stated that “old mother Lye” nursed Jane Bolland, wife of the first Vicar of St Mary's, William Bolland, through the confinement which led to the birth of her son. 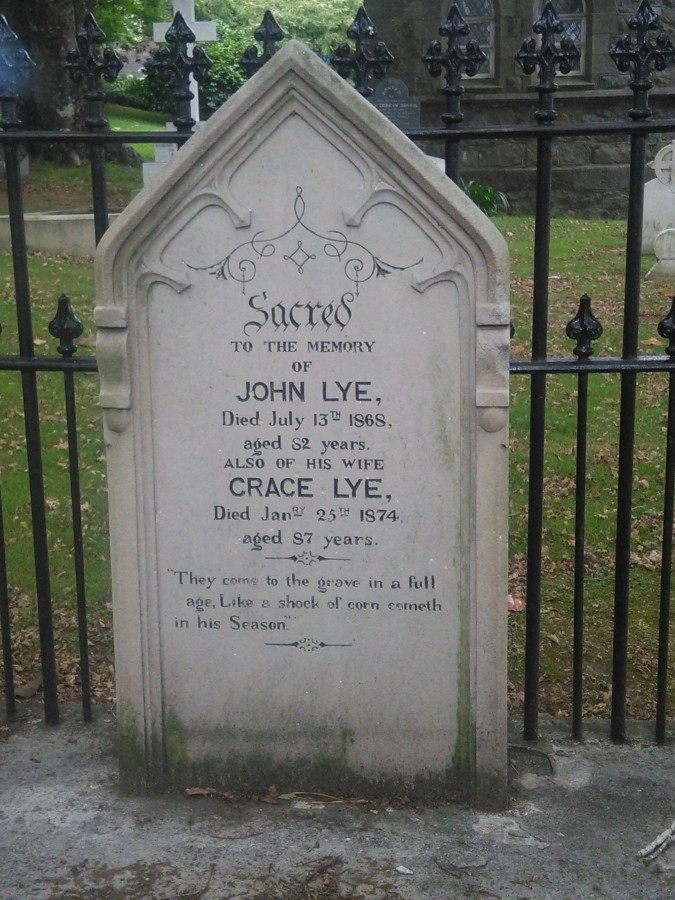