Charles Edmund Macnaghten (listed in the burial register as Macnaughton, Edmund C., and with initials reversed on the headstone) was the youngest son of Sir Edmund Charles Workman-Macnaghten, 2nd Baronet and MP for Antrim, Ireland. Charles arrived in New Zealand in 1859 as a Lieutenant in the Royal Artillery. On St Patrick's day 1860 he commanded the mortar detatchment situated on Mt Pleasant at Brixton which fired the first shots of the Taranaki War.

One year later to the day, he was killed during the month-long campaign to advance upon Te Arei Pa, near Pukerangiora by sapping (earthworks). The truce which concluded this phase of the war was declared the next day.

As a footnote, Macnaghten had recommended New Zealand as "a great country" in his letters to family and friends. In 1862 his relative John and family sailed to Auckland accmpanied by their friends John and Marianne Massey, whose son William went on to become one of New Zealand's longest-serving Prime Ministers. 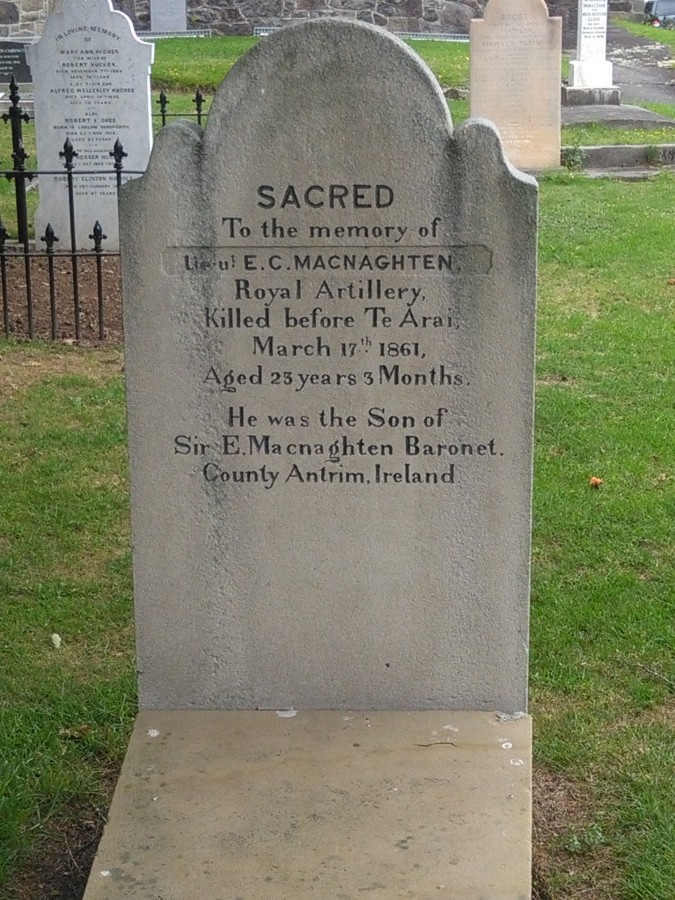 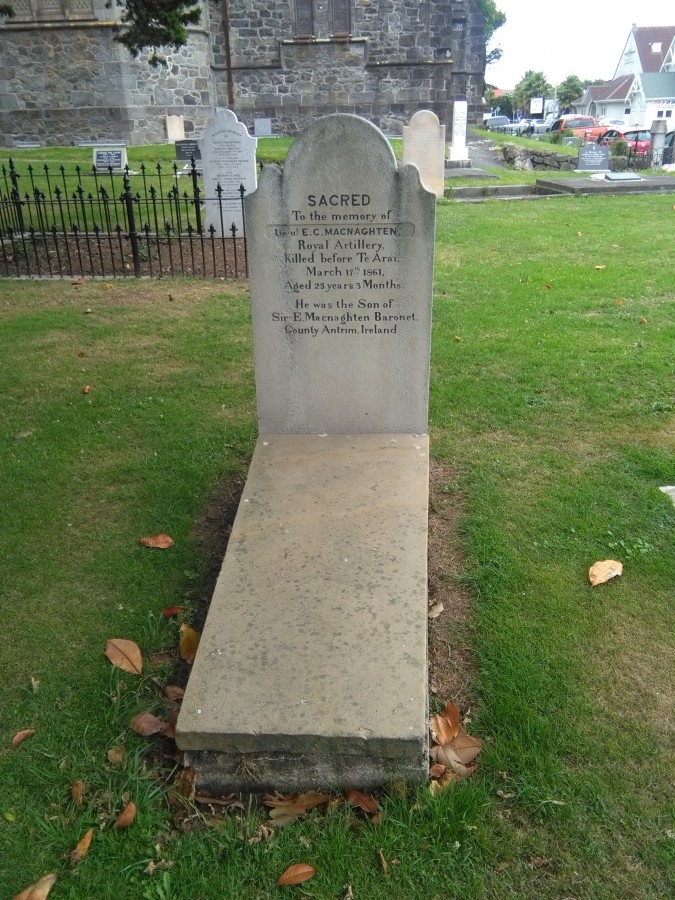 Our weekday services are up and running again. For details and other notices :   read more

Stand shoulder to shoulder with the generous people of New Plymouth who have funded the Taranaki Cathedral Pipe Organ over the... read more

Our weekday services are up and running again. For details and other notices :  read more